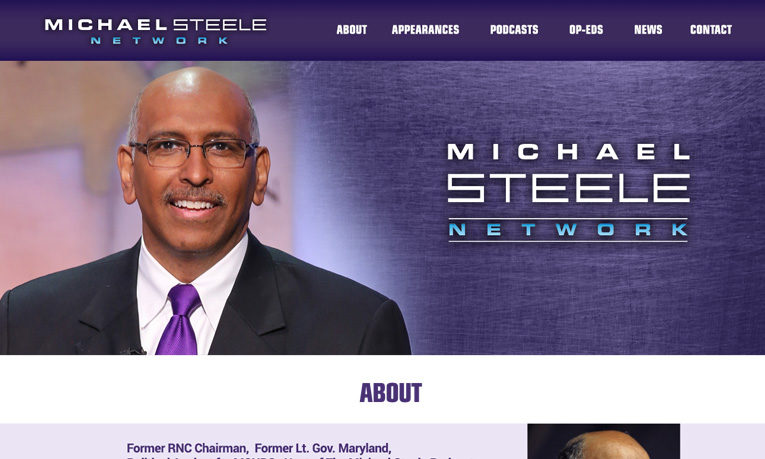 Michael Steele, known as a Political Analyst for MSNBC, was in need of a new brand image and website redesign. Uncomn creative worked with the MSN team to develop a brand that stands out from his field of peers. Most political personalities, especially on the conservative side, have a patriotic red, white and blue brand image. We felt that Michael’s personality warranted a different look.

When he was elected Lt. Governor of Maryland in 2003, Michael Steele made history as the first African American elected to statewide office; and again with his subsequent chairmanship of the Republican National Committee in 2009.